The Diane L. Parker Educational Resource Fund®
Our Mission: To Prevent and End Domestic Violence and Bring Awareness Through Advocacy And Intervention To Our Community And Hold Every Offender ACCOUNTABLE! 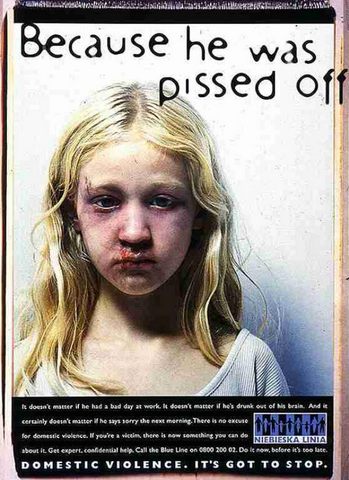 Battering is a pattern of behavior used to establish power and control over another person with whom an intimate relationship is or has been shared through fear and intimidation, often including the threat or use of violence. Battering happens when one person believes that they are entitled to control another.

Intimate partner violence in intrinsically connected to the societal oppression of women, children, people of color, people with disabilities, people who are lesbian, gay, bisexual and trans, elders, Jewish people, and other marginalized groups. While oppression functions in similar ways regardless of which group is targeted, different target groups have unique experiences of oppression stemming from their specific historic, cultural and social experiences and realities. The work to end domestic violence must necessarily include the fight against all oppressions.

Domestic violence may include not only the intimate partner relationships of spousal, live-in partners and dating relationships, also familial, elder and child abuse may be present in a violent home. Abuse generally falls into one or more of the following categories: physical battering, sexual assault and emotional or psychological abuse, and generally escalates over a period of time.


In all cultures, batterers are most commonly male. Rural and urban women of all religious, ethnic, socio-economic and educational backgrounds, and of varying ages, physical abilities and lifestyles can be affected by domestic violence. There is not a typical woman who will be battered - the risk factor is being born female.

Heterosexual males may also be victims of domestic violence as perpetrated by their female partners. They experience the same dynamics of interpersonal violence as female victims including experiences of disbelief, ridicule and shame that only enhance their silence. However, there are specific cultural groups whose peculiar vulnerabilities may put the members of that population at risk of experiencing violence in their relationships.

Battered immigrant and refugee women in the United States have further complications by issues of gender, race socioeconomic status, immigration status and language in addition to those complications of intimate partner violence. A battered woman who is not a legal resident or whose immigrant status depends on her partner is isolated by cultural dynamics that may prevent her from leaving her husband, seeking support from local agencies that may not understand her culture or requesting assistance from an unfamiliar American legal system. Some obstacles may include a distrustful attitude toward the legal system, language and cultural barriers (that may at the least be unknown and at the worst hostile), and fear of deportation.

Children witnessing domestic violence and living in an environment where violence occurs may experience some of the same trauma as abused children. Not all children are affected by domestic violence in the same way. Children may become fearful, inhibited, aggressive, antisocial, withdrawn, anxious, depressed, angry, confused; suffer from disturbed sleep, problems with eating, difficulties at school and challenges in making friends. Children often feel caught in the middle between their parents and find it difficult to talk to either of them. Adolescents may act out or exhibit risk-taking behaviors such as drug and alcohol use, running away, sexual promiscuity and criminal behavior. Young men may try to protect their mothers, or they may become abusive to their mothers themselves. Children may injured if they try to intervene in the violence in their homes.

Individuals with physical, psychiatric and cognitive disabilities may not only experience sexual and domestic violence at a higher rate from intimate partners or spouses than the mainstream population, but, unlike the mainstream population, they may also experience mistreatment, abuse, neglect and exploitation from their caretakers, including personal assistants, paid staff, family members and parents. Examples can be the denial of medications and personal care, the use of psychotropic medication as a restraint, daily and intimate care mistreatment and neglect, inaccessible organizations and facilities, unavailable or disabling assistive technology devices essential for communication and movement, improper use of restraints and the denial of life-sustaining medical treatment and therapies. Yet, this population gets little attention from the community, the media or policy makers allowing the abuse to continue without restraint in isolation and apathy.

Older battered women are a nearly invisible, yet tragically sizable population and uniquely vulnerable to domestic violence. Older women are more likely to be bound by traditional and cultural ideology that prevents them from leaving an abusive spouse or from seeing themselves as a victim. Older women are very often financially dependent on their abusive spouse and do not have access to the financial resources they need to leave an abusive relationship. Many older women find themselves isolated from their family, friends and community, due to their spouses' neglect and abuse. This is especially true because older women suffer greater rates of chronic illness, which makes them dependent upon their spouses or caregivers and thus, reluctant or unable to report abuse.

Rural battered women face lack of resources, isolation, small town politics, few if any support agencies, and poor or little transportation and communication systems in addition to the other complications of intimate partner violence that is intensified by the rural lifestyle. Sexist, racist, misogynist, anti-semitic and homophobic language and actions are often more acceptable in rural communities, and attitudes seem slower to change. The patriarchal "good old boys" network, fundamentalist religious teachings, deep-rooted cultural traditions and commonly accepted sexual stereotyping can form a chorus of accusations that the battered rural woman is unfaithful in her role as a woman, wife and mother. The act of leaving the homeplace, land and animals that could depend on her may be emotionally wrenching leaving the battered rural woman surrounded by walls of guilt and self-abasement.

Same sex battering is one person's use of physical, sexual or emotional violence or the threat of violence or the fear of outing to gain and maintain control over another and sweeps the entire population regardless of culture, race, occupation, income level and degree of physical or cognitive ability. Although battering is occasionally an isolated act, once it begins, it often continues and escalates in frequency and severity. In addition, the fear of homophobic and hostile law enforcement, judiciary, court personnel, medical and social service providers and domestic violence programs may keep lesbian, gay, bisexual, transgender and Intersex victims of same sex violence from leaving their abusive relationship and seeking help.

Teen dating violence may be one of the major sources of violence in teen life. Even in the best of circumstances, the passage from childhood to adulthood is often one of awkwardness and unease. When that passage is marked with danger and violence that explodes in relationships, then the journey into adulthood becomes even more overwhelmingly complex. Given that social, cultural, religious and family messages about intimacy and relationships between teens can be confusing, misleading, nonexistent or even unhealthy, many teens find themselves unsure of what to expect and how to behave in dating or intimate relationships. Fear, misconceptions, lack of services, low self-esteem, control by the abuser, peer pressure and concern about family response all combine to keep battered teens trapped in silence and secrecy.